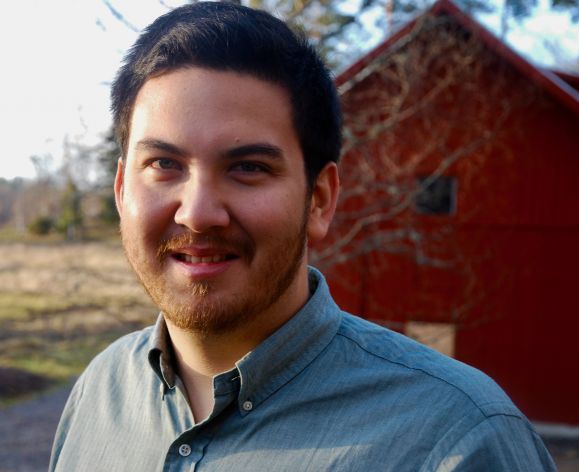 Makana Eyre came to Pacific from Hawaii to play volleyball and stayed to earn a degree in political science. He now works as a freelance journalist based in Paris, a career he recommends "because it gives you the excuse to talk to really interesting people all the time and ask interesting questions and to learn about fascinating topics."

Q: Tell us about your career.
A: I'm a freelance journalist. I'm based in Paris, but I'm in New York quite a bit as well. I work for several publications: "Foreign Policy," "The Guardian" - I had a story in there in January. I've worked a lot for the "Columbia Journalism Review," which is a magazine based in New York that covers the media.

I also cover Haitian Diaspora for the "Haitian Times," which is a small paper in New York. And then I have some forthcoming work in Politico and a few other places. But I work mainly for "Columbia Journalism Review" and "Haitian Times." I have work every month or every six weeks in other publications as well.

Q: Had you always wanted to be a journalist?
A: Not quite. I was interested in a number of things in the political realm. But I found out pretty fast even while I was at Pacific and a little after that I wasn't so interested in working in a policy situation, like a think tank or a government office.

I kind of stumbled into journalism a couple years after just because it's a field in which you can learn a lot constantly. You can devote yourself to a topic for more than a few weeks and if you're lucky a few months, and learn everything about that topic and then move on. That, to me, was very appealing. I went to journalism school at Columbia in 2017 and took a master's there. That kind of solidified my role as a journalist. I was doing some (reporting) before as well, but now it's my full-time thing.

Q: What did you focus on when you were at Pacific?
A: I think most of my courses were about American domestic policy. I didn't take a whole lot of international affairs stuff, which is a little ironic because I ended up far from the (United States) and not doing anything related to American domestic policy, but my capstone was on education policy and what the Bush Administration did to change public education. I worked with Dari Sylvester (Tran) quite a bit, and she was important to me for the whole time I was at Pacific. My first interaction with her was in my freshman year. She walked into the classroom, it was U.S. Government and Politics, and the first thing she said was, "This class is going to be hard. We're still in the grace period where you can still drop. I'm hoping to cut out all the deadwood from the class." That kind of piqued my interest. I liked having a professor who was really engaged and super passionate about her subject and really interested in her students. So, she became my adviser and helped me with my capstone. I also took from her POLS 119, Government in Action: Public Policy Analysis. She was supportive and helped me get on track and do well and understand how to approach college-level courses, which I wasn't really prepared for, now that I look back.

Q: What's the value of a liberal arts degree for a journalist?
A: For me it was huge. I didn't declare a major until I was at the end of my sophomore year. I happened to have taken some courses that fit into the track, but I'm a huge proponent of taking a breadth of courses. I took a lot of English courses, stuff from the School of International Studies.

To me, those "soft" skills are super important for what I do: knowing how to write decently, knowing how to think critically, how to ask the right questions, to understand systems, to look for holes, to have a low threshold for indignation - that's the kind of stuff that comes from having a liberal arts degree, and I'm happy that I got to take courses outside my field of study.